A wonderful man needs your help 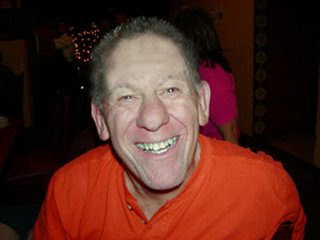 One of the ladies that is in my online art group called an affair with art sent this email to the group. It brought tears to my eyes and I know that it will yours as well. If you have a moment or two and could send this man a card I know he would be ever so pleased. He only has a few more weeks on this earth let's all make these last few weeks his very best ever.
I know I have made a commitment to myself that every week I will send him a card and a few crisp one dollar bills so he can have his coffee in the diner. My uncle Donnie was like Charles and I know how he felt when he got mail in his name. He could always read his name and when I was young and stayed with Grandma and Donnie ( he could never live on his own) he would always say look Bonica ( he couldn't say Veronica) see it's my name D.O.N.N.I.E.
So with tears in my eyes I am cutting and pasting this email

Please send me his addy - and is there any place to see how he is?

sbs I am trying to email you but when I click on your link it says not available. And yes I will actually go back and add an update to the post where everyone can visit his sisters webpage. we are all helping Mary with it so that she can have updates about Charles. So please email me and I will send you his addy