I received a huge box of pictures from an estate sale. Imagine my surprise when I found these two pictures taken in 1952 of Queen Mary just two months before she passed away. 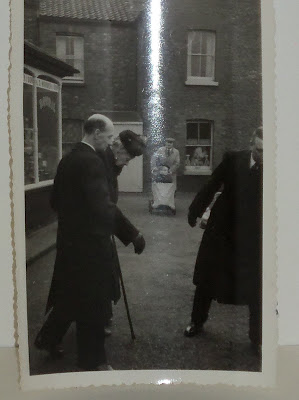 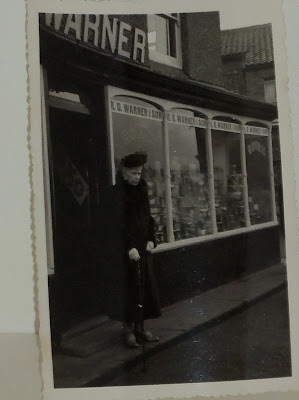 if you read this you will see that whomever took the photos wrote on the back that she passed away just two months later. 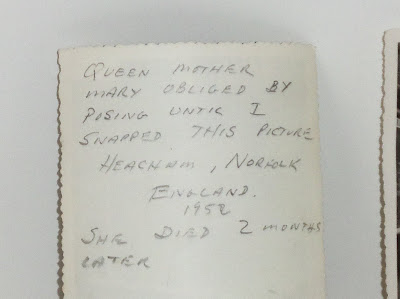 Wow, it just amazes me that some people just don't have a clue how much history they have in a cardboard box. Now usually I take these photos cut them apart and make art out of them.
Not these , these will not be cut apart. I actually think I may have these framed.
I just sit and look at these photos and think, who took the photo? what did they say to her to get her to pose for the picture?
What was she doing at the time? Who is that with her? Where was she?
What was the day like? What day of the week was it? What was the person taking the picture wearing?
all those things.
and then I think Gosh how lucky am I to have this photo.
These two were just a few of the amazing photos in the box.
There is also a photo of the Castle in Denmark where Rick and I saw the changing of the guard this past September.....only the picture in the box.... well, it is at least 70 years old
When I can find the photo that Rick took I will post the two here again

Hello Veronica,
Wow these photos are wonderful. I hope you find all the information you are after. Thanks so much for sharing them.